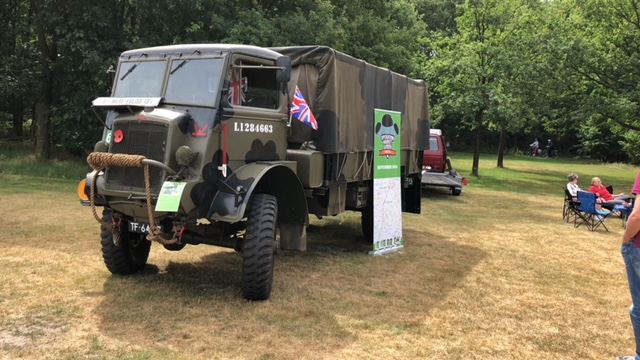 In the coming period you can meet OMG2019 at many events. This rare British Bedford QLD is just one of the many original vehicles that will participate in both routes. You can meet us at our display at e.g. militaria fairs of Wheels and KTR as well as in Ciney(B) and at the British War & Peace Revival. Also at “Lest We Forget” week in Venray and many more events. If you have a question about OMG2019 please come to visit us.

In 2019 it is 75 years ago that the Allied armies started liberating the Netherlands. This operation, planned by Bernard Montgomery, was called Operation Market Garden. In a world where tensions  can increase rapidly, freedom is precious. This is made very clear time after time.

Because of the success in OMG2014, we were asked to do this once more for the 75th anniversary of Operation Market Garden. This is how OMG2019 was born!