An important part of OMG2019 takes place in the air.

At the end of the afternoon on Sunday, September 15, a fly-past of various WW2 combat aircraft, including possibly a real Spitfire. The planes will fly over several times if the weather / visibility permits. A big paradropping will then take place on Tuesday 17 September by airborne re-enactors of RCPT who will land around our base camp with historically correct parachutes. Finally, we expect various diving flights around noon on 21 September from an original reconnaissance aircraft from WW2, a so-called PiperCup. 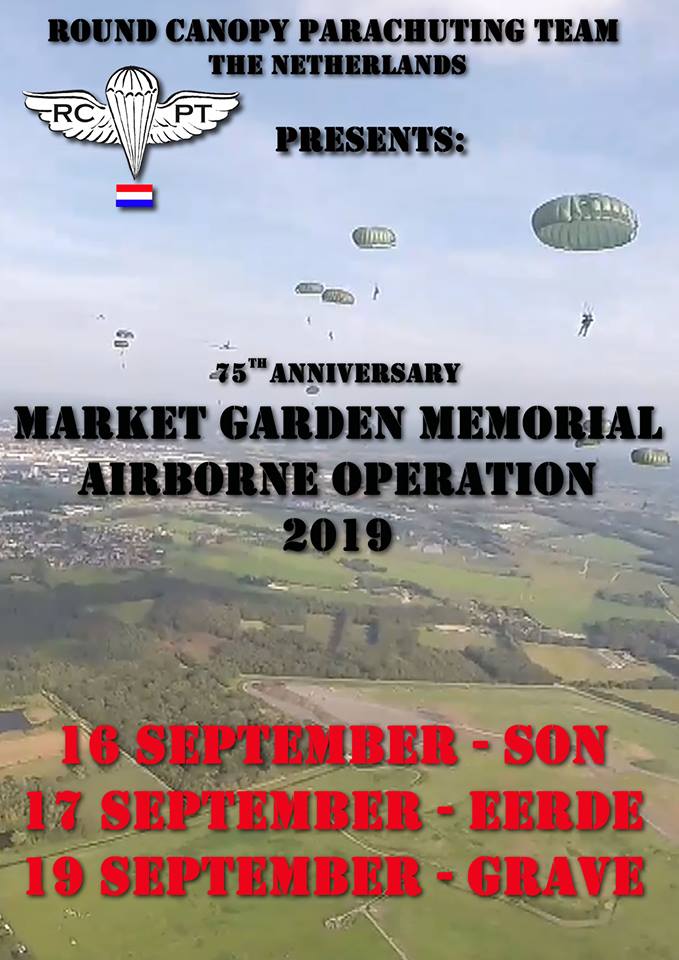