Also the Coördinators of the various tasks + the volunteers who carry out the job. 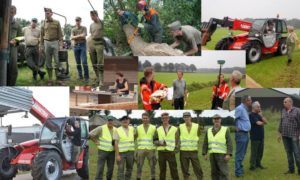 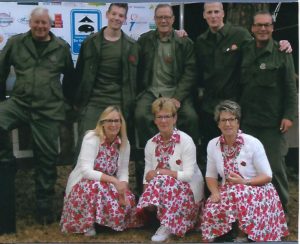 The british fieldmarshal Bernard Montgomery had the ambitious plan to push to Berlin via the Ruhrarea .
This Ruhrarea, the industrial heart of Germany was defended by the Siegfriedline.
To by-pass this line he wanted to do a quick attack from Leopoldsburg in Belgium directy to the IJsselmeer and from there make a bend to the Ruhrgebied.
His plan was to let airborne troops occupy the main bridges over the rivers Maas, Waal en Rijn and the canals in between them.
Meanwhile the ground army would fight its way over a narrow corridor to release the airborne troops.
With this plan, for which he counted 4 days, war could be won before christmas.